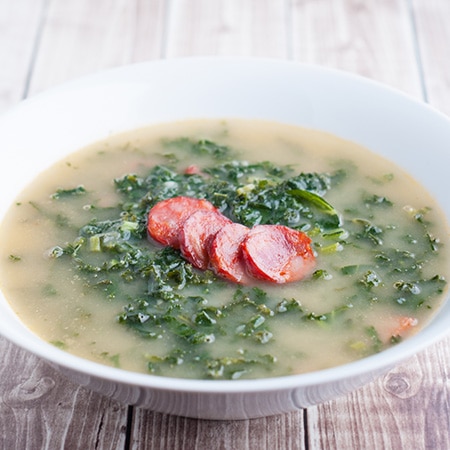 One of the oldest dishes in history, going back to prehistoric times, soup is perennially popular in Portugal. The country fiercely defends its, position as the European leading consumer of this food by keeping a diverse repertoire of recipes, tailored to the tastes of its different regions and satisfying demands all the year round.

Most soups are served as starters, but, some are sufficiently substantial to be a meal in themselves. In Portugal, a soup a day is, synonymous with eating healthily. Soup is associated with the comfort of homemade food, with tender loving care and as a healing therapy for a wide range of afflictions.

Amongst the favourite recipes is caldo-verde (green broth in English), consisting simply of collard greens. This is a native delicate cousin to kale thinly chopped in ribbons and with sliced chorizo in a creamy velvety potato base. This is traditionally accompanied by a slice of crusty wood-baked cornbread. Originally from the Northern coast the caldo-verde’s popularity has spread throughout the country and beyond its borders to become the best known national green soup of its kind. This soup is recommended either as a starter
a midnight snack or as a post night out replenishment.

Another cherished recipe is sopa da pedra or stone soup which is a smokey and hearty mixture, made up of pork and red beans in an earthy vegetable broth. The recipe comes from central Portugal, but has conquered the whole nation’s heart and stomach. As well as its flavour, the Portuguese are very fond of the tale about the origins of this recipe, paying tribute to the nation’s generous and welcoming nature. The message behind the stone soup story is that sharing your food with strangers can bring great joy and abundance to all involved.

At last one of the finest and yet popular eats is the sopa de peixe or fish soup. This dish is indeed made of some truly fishy bits and pieces usually immersed in a refreshing herb-infused tomato juice. Wherever you are in Portugal there is almost always a regional fish soup for you. This may or may not include prawns clams, mussels or elbow pasta; and might either be a mix and match of different fish types or a one-fish performance in which the main bait can be anything from monkfish to white fish. Having an extensive coastline, Portugal has a deep rapport with its sea and this everlasting love story is deliciously matched in the unpretentious and refreshing Portuguese fish soup.

or login to leave comments! 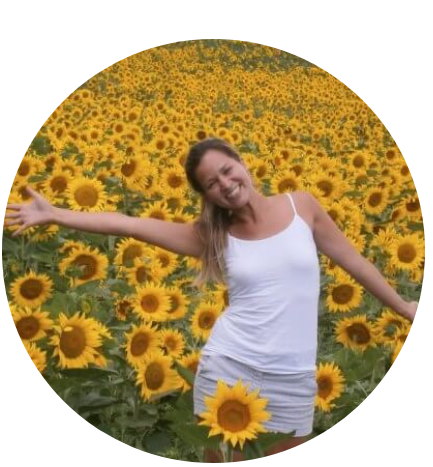 Register your home with us

Hurry-up while it's free!

Write a post and decorate it with your photos